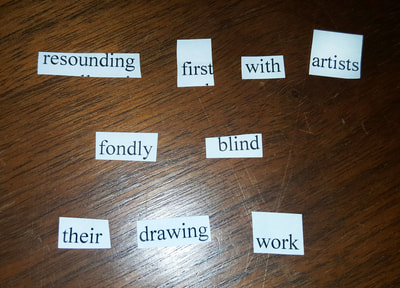 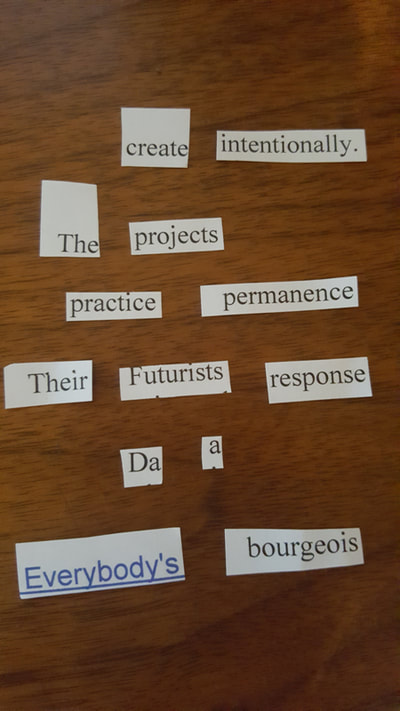 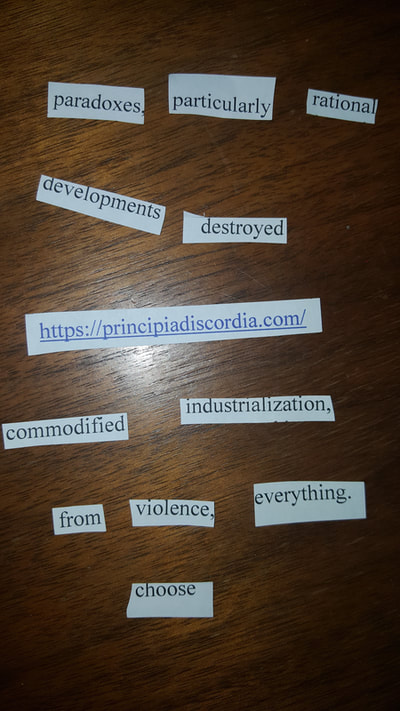 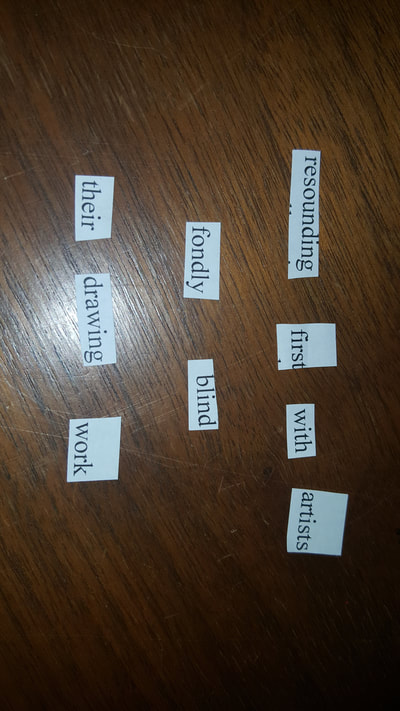 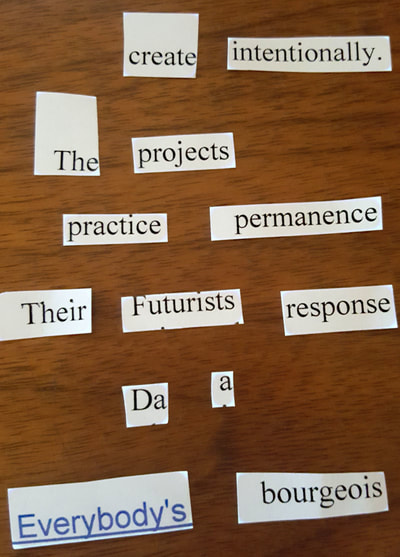 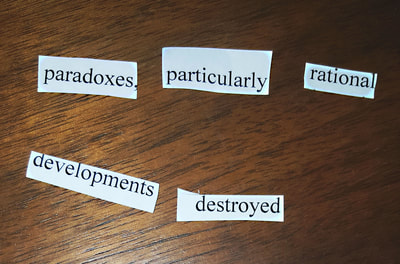 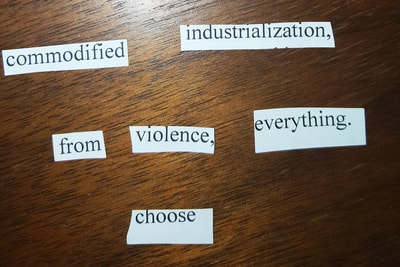 I remember fondly in undergrad the week we covered Da Da in art history. Exquisite corpse drawings and group created poems drawing each word from a blind grab bag. I even attempted to host a Da Da day at the BAC. Not a single person signed up for it. People should have known what it was about and it saddened me they didn't. Now that I involved with the art center once again I intend to support more Da Da style programming and events.
The first page of the reading asks, "Are you tired of artists who create pleasant art to match the couch?" To which I answer a resounding YES! With a lot of the art organizations I have joined since graduating college it seems like so many of them were just not interested in having anything to do with art with an idea. They wanted to paint their watercolors and might pursue improved technicality but with absolutely no interest in developing their own conceptual work. This continuously baffles me. Da Da always brings to mind the song, Da Da Da by Trio from the late 80's. Unrelated in any way.
Maybe. See for yourself. Da Da emerged during the period of WWII around the same time as the Futurists, and after the Enlightenment period which embodied rational thinking and morality. The following period instead embodied industrialization, violence, destruction, and death. Futurists celebrated these developments and in response Da Da artist choose spontaneity and silliness. A modern echo of these sentiments can be found in Discordianism. Discordianism is an alternative religion based on satire and the idea that all the natural disasters and war in the world is the world trying to re-balance from us humans asserting too much order and control over everything. https://principiadiscordia.com/ 101 Ways to Make Everybody's Day Weirder by Cramulus on Scribd certainly would have been mild as far as daily activities went for Da Da artists. It is the anti-religion much like the da da artists were anti art. The Da Da artists characterized their art with supposed meaninglessness, randomness, paradoxes, and ugliness. For most people this came across as meaningless. While the artists preferred not to give particular meaning to their work it was a statement on the political climate of their time, and a response to the bourgeois people that surrounded them. They particularly tried to avoid work that could be preserved and intentionally destroyed work that might have been. The idea was that work that could be preserved could be commodified and be collected by the very people they were against. For the greater part of my art practice everything was geared toward permanence and how well it would last; archival quality. I am extremely interested in introducing ephemeral qualities into my work. I believe this fits in especially with community engagement and events. Their fake new projects would be found particularly vexing today. In addition to the already pervasive fake new epidemic and the general loss of understanding of satire. At first I was trying to align their projects more with satire, but it is very similar to the fake new problem today as they were stories that people believed and were aimed at political or social enemies intentionally.